In light of the current political climate, and the campaign rhetoric we are bombarded with daily, I thought this might be as relevant (or more so) today as it was in 2014 when I published it on my other blog. So, here's a repeat of "When Did Liberal Become a Dirty Word?: 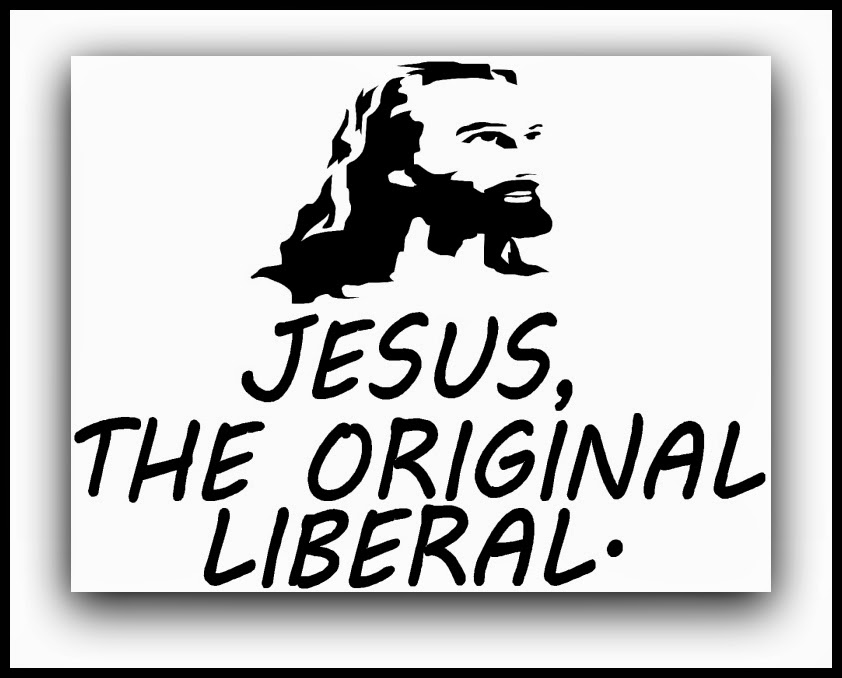 "..Jesus was the ultimate liberal progressive revolutionary of all history. The conservative religious and social structure that He defied hated and crucified Him. They examined His life and did not like what they saw. He aligned Himself with the poor and the oppressed. He challenged the religious orthodoxy of His day. He advocated pacifism and loving our enemies. He liberated women and minorities from oppression. He healed on the Sabbath and forgave adulterers and prostitutes. He associated with drunks and other social outcasts. He rebuked the religious right of His day because they embraced the letter of the law instead of the Spirit. He loved sinners and called them to Himself. Jesus was the original Liberal. He was a progressive, and He was judged and hated for it. It was the self-righteous religionists that He rebuked and He called them hypocrites.." This is an excerpt from an article on The Christian Left blog written by Gary Vance, (a Christian evangelical minister): Wasn't Jesus A Liberal?
~~~~~~~~~~~~~~~~~~~~~~~~~~~~~~~

"..I do not debate any longer with members of the "Flat Earth Society" either. I do not debate with people who think we should treat epilepsy by casting demons out of the epileptic person; I do not waste time engaging those medical opinions that suggest that bleeding the patient might release the infection. I do not converse with people who think that Hurricane Katrina hit New Orleans as punishment for the sin of being the birthplace of Ellen DeGeneres or that the terrorists hit the United Sates on 9/11 because we tolerated homosexual people, abortions, feminism or the American Civil Liberties Union. I am tired of being embarrassed by so much of my church's participation in causes that are quite unworthy of the Christ I serve or the God whose mystery and wonder I appreciate more each day. Indeed I feel the Christian Church should not only apologize, but do public penance for the way we have treated people of color, women, adherents of other religions and those we designated heretics, as well as gay and lesbian people."..

We need more folks like Bishop Spong, et al, and fewer folks like Donald Trump and Ted Cruz. The candidates who espouse their Christian beliefs would do well to read what Bishop Spong has to say, and go back to their Bible and study the life and teachings of Jesus, as well as those he championed.

Some of the words and actions of my fellow Christians make me ashamed, and I am not the only one. I hope more of my LIBERAL friends will step up to the ballot box and change the face of this country. We no longer act like a "Nation Under God".

Proud to be called a liberal (I am in good company),