DING, DONG, THE WITCH IS DEAD! 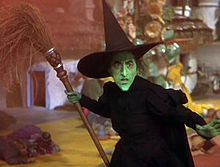 Ding, dong! The witch is dead.. No, it's "ding, dong, bin Laden's dead". As I heard the news, and watched the celebrations breaking out all over the U.S., I was wondering how we could explain to small children the fact that we were so happy to hear of the death of a person.. a very brutal death at that. They may not understand the concept of terrorism, or the jihad declared by bin Laden with his aim to destroy the United States, but most of them have heard or seen fairy tales that contain "wicked witches". The Wizard of Oz came to my mind, and if I were to be questioned along the lines of why we are happy he is gone forever, I think I would use that analogy.

Personally, I am reminded of the theory that the earth is a living object, much like our own bodies. (Gaia theory) Osama bin Laden was a cancer that needed to be destroyed by any means. Likewise, I view the outbreaks of rebellion in the Mideast as symptoms of more disease that needs to be treated...and cured.

If the earth is a reflection of the spirit of mankind, it is very telling that the human spirit has been seriously ill. That illness shows in the devastation of our environment, the extinction and imminent extinction of so many of our animal species, the shrinking of the rainforests, the pollution of our rivers, lakes, and oceans, the global warming taking place that is possibly creating the worst disasters in our history, and our painfully slow awareness of how mankind is causing these things and implementation of ways to stop them. Planet earth is suffering and so are its inhabitants. 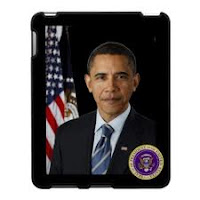 Our President proved that being known as "Mr. Cool" is not a derogatory term. He is indeed cool, calm, and dedicated to taking care of business no matter what nonsense is going on around him. He has a sharp mind, and I have no doubt he is always working behind the scenes to accomplish the goals he set for America while he was campaigning for President. He makes the antics of the prominent dissenters in the government and the public eye look childish, and shows that they obviously are out only for self-aggrandizement. Barack Obama is a man to be trusted to always have the best interest of our country at heart. He also showed great wisdom in deciding not to release the death photos of bin Laden. There will be some, though, who will believe bin Laden's death is another conspiracy like the "missing" birth certificate.
******************************* 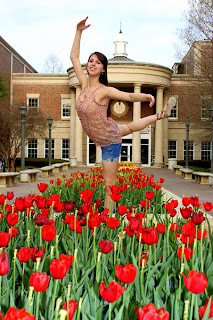 Audrey in the Tulips
Granddaughter, Audrey, is finishing her junior year at SMU, majoring in Environmental Science/Biology. She has been instrumental in starting a Vegetarian group that is fast becoming a recognized organization on campus. This is a recent article about her efforts: New Vegetarian Group on Campus. She makes me very proud of her for being so active in animal rights while keeping a high grade point average as well. Audrey is also an accomplished ballerina (really!) and violinist. She is now a contestant in the following contest to appear in a PETA ad. If you possibly can, please vote for her at the following website: Cutest Vegetarian Contest. I know I sent this information to a lot of you already, but if you haven't voted yet, it's not too late. 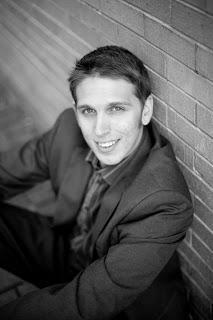 Grandson Cameron has been really busy with performances. A few weeks back his mom visited him in Baton Rouge to see him perform in Le Nozzedi Figaro (The Marriage of Figaro). His role was that of Antonio, the (drunken) gardener. Cameron has a great comedic streak, so I feel certain he did a standup job with that character. His mom said the production was absolutely wonderful - and funny! His dad, Craig, was there this past weekend to see Cameron in a Gilbert and Sullivan Review. Cameron sang a couple of solos, and really made his dad proud. Cameron recently sent me a video (which looks as though it were made in the Episcopal Church where he sings in the choir) of his singing. If you are interested in hearing a beautiful voice from this young man, here is the link: When The Air Sings of Summer  Also on his YouTube Channel are a couple of operatic arias, but the video quality is poor. Oh, that voice makes up for it! I believe the camera was set in place, and Cameron walked out of its range a few times, cutting off his head! Cameron also has big plans for attending the Opera in the Ozarks musical camp in Arkansas this summer. This is an 8-week intensive school for students of opera, offering valuable workshops and training in acting, production, and other aspects of producing an opera. He has a partial scholarship and a large portion of his tuition already covered, but it is a very expensive program. He still needs at least another $500 to complete it - in case anyone is inclined to be a patron of young, new artists!

***********************
Audrey's mother, Carajean, is busy with the Chamber Music Amarillo annual fundraiser, which will be May 14th. I was there for two of these galas in the past, and I can testify to the fact that CJ really knows how to throw a party! The auctions she has coordinated in the past always bring in a great deal of money. She said in a recent email that she has only one more year of being on the Harrington String Quartet Coordinating Board before stepping down. She wishes to devote more time to playing and studying the violin, and to spending more time with her family. The two younger children, Ashlyn and Tanner, are growing up fast. They will leave home much too soon for Mother's sake.
*************************

I spent the Easter weekend with son Matthew's family. Attended church with his wife Amy and their children. (Daddy was suffering from sore feet!) I cannot describe the beauty of this church overlooking Lake Travis. Both children were baptised here. The service was everything it should be in celebration of the Resurrection and abundant new life at this time of year. I left the church filled to the brim with love and joy and hope for the future. Vowed to attend the Episcopal Church here in Burnet sometime in the near future.

Unfortunately, I returned home with health challenges that have not been completely addressed. I may be sorry for spending so much time on the computer today, but I have missed communicating via my blog! I see another doctor this Friday, who hopefully can provide some relief for what appears to be carpal tunnel syndrome.
**************************
Ongoing prayers needed for the people of Japan, and now our own citizens who were hit hard by the recent rash of tornadoes - the worst to hit this country in over 80-years! There is a site to the right of this post for donating to help these victims.

Peace, love, and prayers for our world,
Marilyn
Posted by Marilyn Moragne at Wednesday, May 04, 2011 3 comments: Links to this post