Last week I saw a video on the news about the above animals living in an animal sanctuary, Noah's Ark. I have not been able to stop thinking of them since that newscast. What an amazing example of peaceful coexistence. Different species no less! And from different parts of the world - the North American bear, the African lion, and the Asian tiger. Loving one another and living side by side.. even sleeping together. (Talk about "sleeping with the enemy"!) It truly has affected me profoundly.

While remembering and honoring all of our veterans the past few days, my thoughts kept straying to visions of peace on earth that would eventually put an end to war and eliminate the necessity for the growing number of graves holding our loved ones killed in combat. One day will we live peacefully with all the countries of the world? Again, I suggest, as we honor our vets, let us not forget those who have always -- and are still engaged in peacemaking of all kinds.
I was moved to hear of Pope Francis's visit to the "separation wall" dividing Israel and Palestine and placing his hand upon the wall to show his disapproval of the division. When they announced that the Pope had invited the Palestinian President Abbas and the Israeli President Peres to meet with him in Rome so they could all pray together for peace, I immediately thought of the BLT (bear-lion-tiger) trio in Noah's Ark. When the three of them are together, it will be a Catholic, a Muslim, and a Jew. When they meet in Rome to pray for peace, I hope we are made aware of the time so all people may join in prayer for a long-lasting peace between those two nations who have been bitter enemies for so long. Maybe this will start a journey for peace among all nations. 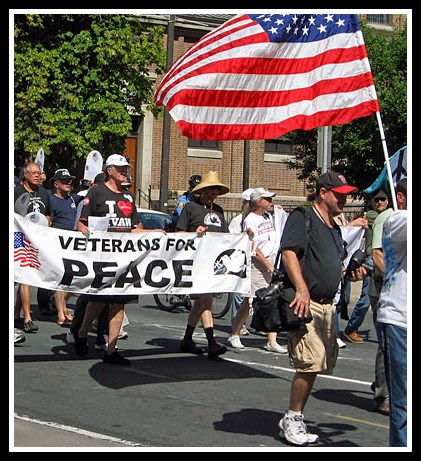 May God continue to bless America, and comfort those whose losses we honor today.

A TOUCH OF PHILOSOPHY by Dr. Bob

Last year I published a couple of posts (the first one was DR. BOB) about an inspirational member of my son Matthew's group of friends, who has become like a member of our family. Dr. Bob's humor and sly wit is often sprinkled with philosophical lessons. Here is a brief piece about his family upbringing that influenced his life. He and his late brother Al had been living with his mother and a wealthy stepfather when he was thrust back into a life with his father and stepmother. The following is his take on that time.
****************************************************************
A Touch of Philosophy
Bob Roberts, DDS, Ret.

"Looking back, after 8 years of living the life of the idyll rich and almost famous, I had lapsed into quite a snot. I had no sense of the words Work or Responsibility.

My priorities were to drive cars fast, score with the girls, drink beer, and maintain an image. I ran with a crowd with like priorities. Fortunately, fate intervened at age 16 when I left for college and all that went away permanently.

I lasted one semester at TCU living with Pop and his wife Lora. He had said we would be pals and have a blast if I came and lived with him. Wrong! He wanted to rub my nose in it and get even for all the years that I was living rich and he wasn’t. He made my life as unpleasant as he could. I did not realize at the time that he was in a terminal downward spiral from drug addiction, uppers and downers, and was paranoid as Hell. His practice of Plastic Surgery was falling apart, malpractice suits were filed, and he was in danger of losing his license. When I left in January for the University of Texas [Editor: See COMING TO AUSTIN], he packed Lora and all his cash in his Lincoln Continental and fled Ft Worth never to return. They lived on the run for a year or so sleeping in cheap motels and sometimes the car until the heat was off.

Pop had made a ton of money, which he kept in cash, and was rich for the first time, and I believe this was a tipping point to a ruined life. He was a paranoid, broke old man tied to an oxygen tank at age 60, and died at 70.

Mr. Moroney, Pater, was seriously rich. Short version; he lost it all, was divorced from Mother, and committed suicide at age 56 by jumping off the Santa Fe building in Dallas. Al was interning at the Parkland Hospital E.R. and was present to identify the body. My conclusions: I have seen that great wealth does not necessarily lead to happiness or peace of mind, and is frequently debilitating emotionally. My lifetime goal became to achieve and maintain a middle-class status. In this I have, at least, been successful."
********************************************
The current generation does not have a monopoly on broken marriages, alcoholism, or even drug abuse. It seems these afflictions have been around too many years. If only more products of those families turned out as well as Dr. Bob!

Peace, love, and wisdom,
Marilyn
Posted by Marilyn Moragne at Friday, May 09, 2014 No comments: Links to this post