GUNS ARE FOR KILLING 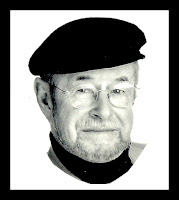 Long-time friend, Jack Garner, wrote the following Letter to The Editor of the Denton Record-Chronicle shortly after the Orlando massacre.

I agree with him wholeheartedly about assault weapons of any kind. It was good to hear Senator Murphy (D) from Connecticut lead the Democrats in a 15-hour filibuster on gun control this past Thursday, ending only when GOP leaders agreed to allow votes on two of the issues. I pray they can come to terms and pass such legislation we so desperately need. We'll see.

"50 dead at the time of this writing; more in critical condition may not survive. The cause? Not a hurricane, tornado, or earthquake, but one deranged man with an assault rifle.

It matters not if the shooter’s motivation was a hate crime directed at the sexual orientation of his victims or an Isis-inspired act of terror. What matters is that we are in a position to have this foul act repeated as long as assault rifles are on sale to the public.


Every family should be able to own a pistol with a limited ammunition clip for protection of home and family. The sportsmen should be allowed guns that permit them to participate in hunting; but to continue the sale of assault rifles is to sanction murder.


The National Rifle Association will scream to the high heavens at this proposal. They will claim that it violates their Second Amendment rights. When the Second Amendment was penned, a musket fired one round - a far cry from an assault rifle’s 30-round magazines. An assault rifle is overkill for home protection as well as hunting. Its only purpose is the taking of human life. 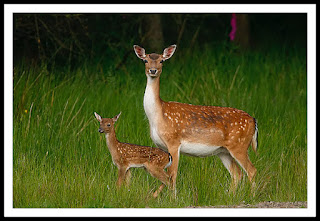 If the millennials in my own family are typical of this generation -- and I believe they are -- the number of hunters will continue to drop. Their love of nature and involvement in environmental causes promise to keep them and their families to follow from ever wanting to intentionally harm the beautiful creatures on this planet. My daughter's family is vegetarian so they certainly don't go along with the argument that we need to slaughter animals for food. For those who do eat meat, the humane treatment of such animals is a priority. I cannot argue with that. I banished veal from my diet years ago after seeing a segment on "60 Minutes" about how tiny little calves were kept penned up so tightly as to prevent any fat or muscle development (one's veal must be tender!). They were never allowed out of this confining little prison until slaughter time. I cried as I watched the secretly filmed video of these poor little babes. 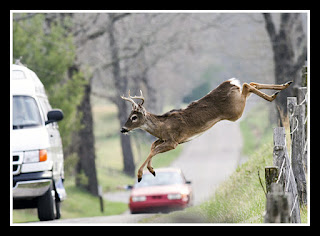 The deputies in the Sheriff's Office in west Texas where I worked for a short period of time, were typical hunter types. They loved to razz me about my tender heart where animals hit by cars were concerned. ("They are just animals.") They tried to convert me to their hunters' point of view with the issues of over-population of some breeds. Especially deer. (And now, of course, we have the feral hog population to deal with in Texas.) I realize the need for reducing/controlling over-population. It seems I heard some years back about trials with birth control drugs being used for this purpose with some animals. Modern technology can surely find a way to make that a plausible solution. Anyway, if we have to resort to hunting and killing as a "humanitarian" way of keeping some from starving, why does it have to be with assault weapons? These weapons were invented for use by the military, and for one purpose -- to kill humans! 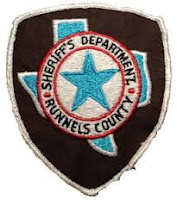 I may have shared this story before, but must do so again. I probably told it to the Sheriff's Deputies, thus, the reason they teased me so. Long ago I told a friend of mine in Denton how it disturbed me to see so many animals lying dead along the side of the highway, having been hit by cars. She told me how she dealt with it. She just "blessed their little spirits" and drove on. (Thank you, Mary, for teaching me that.) It made things a little easier for me. It became second nature to me as I drove -- blessing little spirits of dead animals along the roadside. I could spot them up ahead and would begin my blessing, until one day the "animal" I thought I was blessing turned out to be a large piece of wall insulation that had blown off a truck! The blessing was complete by the time I reached it. Boy! Did I feel foolish!

I loved the story of Native Americans putting grass in the mouths of deer they killed for food, so the animal's spirit would have something to eat on its way to the other world. They would thank the animal and bless it on its journey.

I wonder if the Orlando shooter thought even for a millisecond of blessing the spirits of those he killed. He certainly didn't kill for food.. so was it for sport?

WISDOM OF THE YOUNG

My granddaughter Hannah, who will be a junior next fall at the performance arts high school Booker T. Washington in Dallas, is an aspiring playwright. Recently a one-act play she wrote was one of five out of 60+ entries from the north Texas area high schools to be presented this past Saturday at Booker T. during PUP Fest.

Hannah's father and brother Cameron attended the production, and Craig said his daughter's play was "absolutely wonderful". It is about the problems of a young, gay high school student. Supposedly, videos of these plays will be posted on YouTube in the near future. 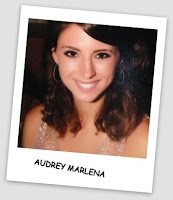 Hannah's cousin Audrey, my oldest granddaughter who now lives in Austin, is a talented writer as well. She writes on a blog called ONE WORLD, TWO FEET along with other "explorers" of our beautiful planet. They write brief posts along with amazing photographs of their adventures that they take as well.

Audrey, an environmental scientist, has recently taken a job with Environmental Defense Fund (EDF) as a Habitat Exchange Program Specialist, working on the threat to the extinction of the monarch butterfly. EDF has offices all over the U.S., Europe, Mexico, and China. Their mission is creating "solutions that let nature and people prosper." by working toward "stabilizing the climate, feeding the world, and protecting our health (safer household products through chemical policy reform and corporate partnerships)." Saving the planet and all living things is a big job. One that Audrey has been devoted to and planning for most of her young life. 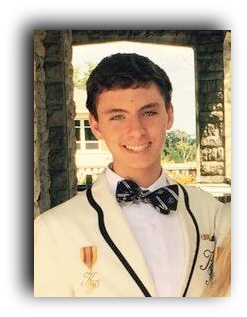 Audrey's brother, Tanner, is a senior in high school this coming fall. Besides being an honor student, and preparing to attend a favorite Ivy League college, among Tanner's many accomplishments is the ability to write. I was so impressed with an essay he wrote for his English class this spring that I asked him for permission to quote some of it.

"When I was just a little tyke, my father and I would often ride bikes to a sandwich shop for lunch. I fondly remember these adventures, as my father would engage me in a wide variety of interesting topics. I remember one discussion in particular, one about the impact of pattern recognition on how we humans interact with our world. I have continued to think about this topic ever since that discussion. Humans excel at identifying patterns -- indeed, this ability is key to mastering our environment. This ability to recognize both dangers and opportunities has carried us to the top of the food web. However, we are so proficient at recognizing patterns that we often find patterns which simply do not exist."

"..Humans innately categorize everything. Although this is a largely beneficial trait, it is my belief that this tendency to categorize causes many societal issues. Those who are not like 'us' because they act differently than 'we' do, make 'us' uncomfortable. Those who do not fit into the predetermined categories that we subconsciously create make 'us'  feel uncomfortable and afraid. Sometimes, violence arises from this fear. Thus, massive injustices such as xenophobia and racism occur.."

EDITOR: And of course, homophobia, as we witnessed this past week in the tragedy at the nightclub in Orlando.

More next time on my other grands. All stay so involved in all aspects of our world today. The arts, science, sports, and life in general. Sometimes it tires me to even contemplate their busy lives. But overriding it all is pride in their accomplishments and their parents (my children) who are doing such a magnificent job. 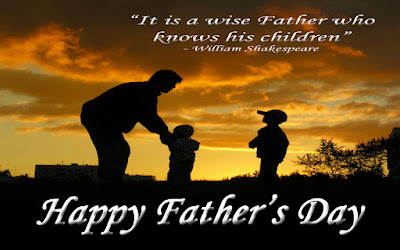 HOW MANY MORE TIMES MUST THIS HAPPEN?

Posted by Marilyn Moragne at Monday, June 13, 2016 6 comments: Links to this post