THE BRIGHTEST AND BEST 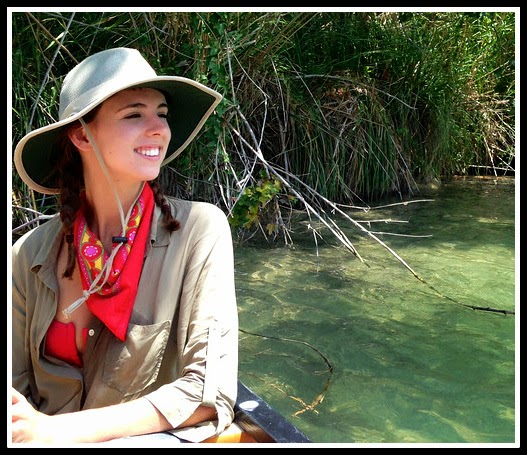 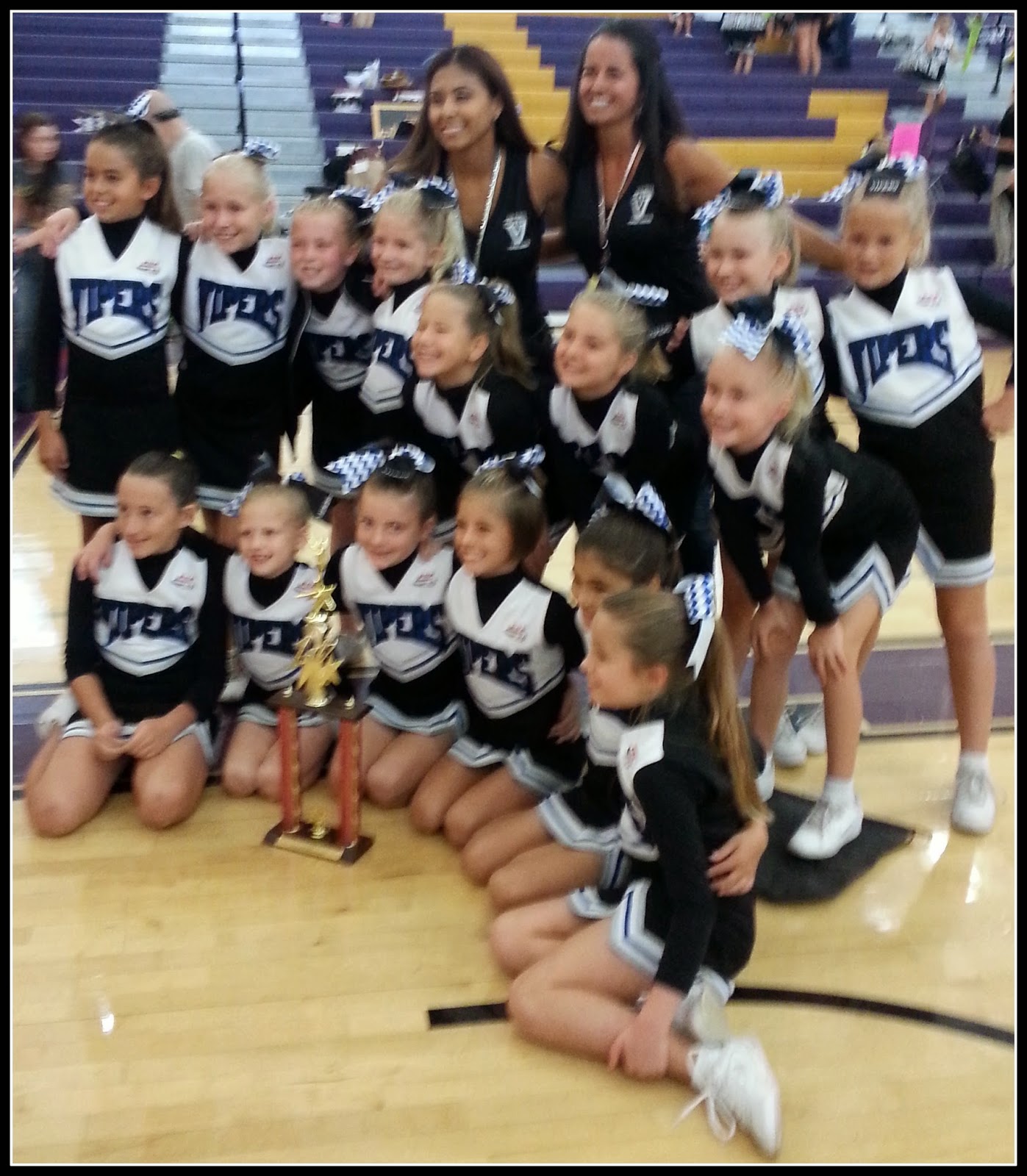 My youngest granddaughter, Kelly, has also made the A Honor Roll, and was recently given the Math Assessment test. She scored 100% - the only 100 in her third grade class. Mom Amy sent me the following on her cheer team.


"Her cheer team recently won Showcase at Concordia University. They now go to Regionals the day after Thanksgiving in San Antonio." 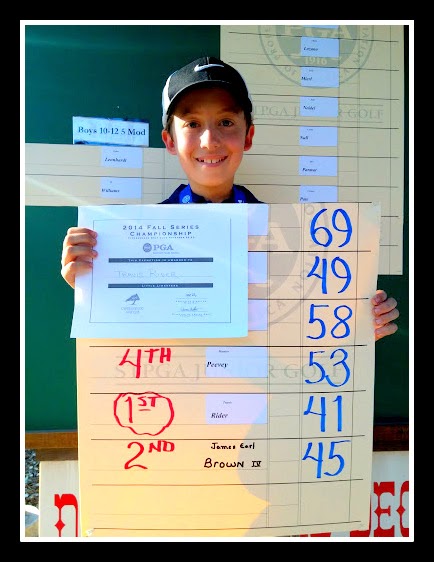 Kelly's big brother Travis has been sharing quality time with his dad Matthew (my youngest child), as Tanner does with his dad Branch. Travis has been taking golfing lessons, and playing in frequent PGA Junior Golf tournaments. Last month he won his second one, shooting a 41 on 9-holes. I don't know who was the proudest - Dad or Travis!

He's also on the A and B Honor Roll.. His dad mentioned to me that one of the two Bs was an advanced placement class.

The last I heard from my oldest grandchild Cameron, he had moved into his own apartment in Fort Worth, and his new job at the Unitarian Church was going really well. I just found out why I haven't heard more frequently - he's been a busy, busy guy! Last year he and some friends formed a group of singers who are available for hire during the Christmas season. They have their own website now. Uptown Christmas Carolers  Cameron is the handsome dude on the far right! 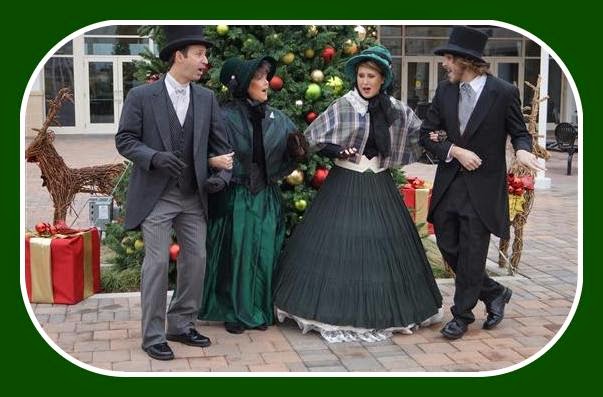 Besides his church position as Director of Education and planning the upcoming caroling season, Cameron has also recently recorded backup vocals for a Motown revival album sung by Leon Bridges. The new album hasn't come out yet, but he says he will let me know! Here is a sample of Leon Bridges singing: Leon Bridges. From opera to hymns to Simon and Garfunkel, and now some low-down, Motown blues. Cameron, your range is fantastic!

Last, but far from "least" is Carajean's daughter Ashlyn. I haven't heard much out of Ashlyn since she started her first year of college at OSU in September. I know she was very busy at first getting acclimated to her new surroundings, and rushing the sorority she wanted to join. (She made it.) A while back, the whole family got flu shots. I'm not certain if they've had them before, but Carrie said this time everyone except Tanner came down with the flu! (I think they must have been exposed before their shots!) Ashlyn ended up with a bad infection and cough requiring antibiotics, much to her chagrin, and was coming home weekends to be medicated. Her mom said she was extremely upset that the cough medicine contained codeine, causing her to oversleep one morning and miss an important biology exam. I hope to hear more when she comes with her mother and big sister for a visit in December.

This has been so uplifting for me to write about, and to realize how blessed our family is to have such great kids! All healthy, smart, talented, and of course, I think they are all beautiful!

Love and peace,
Marilyn
Posted by Marilyn Moragne at Friday, November 21, 2014 2 comments: Links to this post

Gettin' It Off Our Chests!

If any of you are as dismayed as I am at the results of this past election.. and are wondering what on earth has happened to the people of the United States to cause them to elect such, in some cases, ungodly candidates, you will understand it better when you read former Texas Agriculture Commissioner Jim Hightower's article The Rise of the Stealth Ogliarchy. In this article, he spells out what many of us have suspected for quite some time.. at least since the Citizens United verdict issued by the SCOTUS. That being, the elections are more and more frequently being bought with "dark money" donated by special interest groups. Big oil, big Pharma, Koch brothers, etc.

I personally shudder at the election results in the state of Texas. I'm not happy with our newly elected Governor Greg Abbott, but God forbid anything happens to him and we have the likes of the clown Dan Patrick running our state! (Who appears to be gettin' it ON his chest here!)

Read what some of the recently elected or re-elected politicians have said in the past: One politician states Obama "is possessed by demons"; one states that gays "are out to recruit your children" and "gay people don't deserve civil rights"; another says Hillary Clinton is "the anti-Christ"; another said "Let's go to war with Mexico". Yes, these people were actually elected to represent the "people". You can read about them and other nightmare electees here: Look Who's In Office Now

Congressional Lottery? A suggestion by Michael Schulson in the Daily Beast shortly after the election isn't such a bad idea when you consider the ones we recently elected to office. He starts off  with "If you’re looking for an unrepresentative group of Americans, the House of Representatives isn’t a bad place to start. Its members are disproportionately old and white. More than 80 percent of them are men. They spend around four hours per day on the phone, asking people for money. Unlike most other telemarketers, they have a median net worth of almost $900,000. More than a third of them hold law degrees." He goes on to state that "not much changed" in this past election.
*********************************************
In the past, I have published things written by my old friend Jack Garner. He gets particularly riled up at Letters to the Editor in his hometown paper. They always publish his response. Here is the latest letter that raised his hackles.

"America’s senior citizens are in an enviable position. They have an ever-increasing percentage of the country’s wealth.

Because of an aging population and rising health care costs, government spending on senior citizens will increase greatly during the coming years.

By contrast, young adults and their children are by far the poorest age cohort of Americans. They are suffering from the effects of automation, globalization and soaring student debt.

They will spend their lives paying interest on the government debt that their elders have racked up.

Government spending that will promote their future prosperity (such as infrastructure, education and basic scientific research) continues to fall as a percentage of federal spending.

Unfortunately, a substantial majority of older Americans show by their votes that they support these trends. They want to reduce government spending, including in the three critical areas mentioned, except when it comes to their own benefits.


And here is Jack's acerbic response: 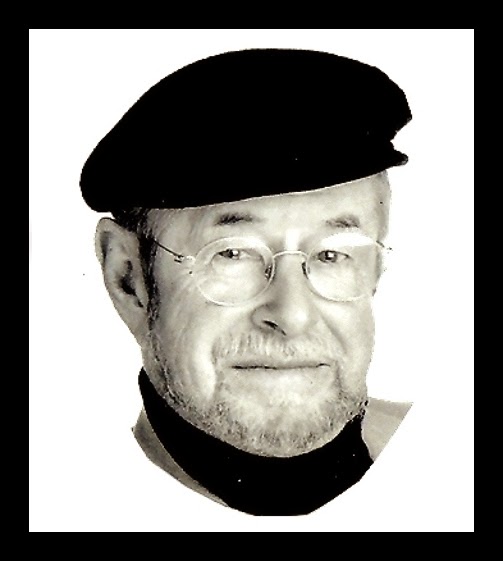 "Lo the tin woodsman still searches for a heart, and there is no suggestion of such an organ in the letter of B** M********* as he berates American seniors for their slice of the American pie. What do you advocate, Mr. M*********, for the elderly and infirm? Perhaps abandon them with no food on an ice floe as the Eskimos once did?

Personally, I don’t believe young adults and children that you cry crocodile tears for are the real reason for your tirade. I propose it is you and your class that would like to take away benefits from the old in hopes of lowering your taxes.

Your missive brings to mind Scrooge’s admonition to those trying to gather money for food for the poor on Christmas. Does Ebenezer nest some place in your family tree, Sir?

Senior citizens you rebuke are those that have worked their fingers to the bone, and paid tax burdens of a past generation. They include veterans of Korea, Vietnam, and Operation Desert Storm Would you toss the men and women that served into the trash heap now that they are past the age of serving? You, Sir, and your ilk are responsible for the Republican Party being branded as mean-spirited. 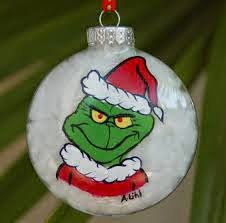 In closing, as I suggested in my opening, you are heartless and selfish. May the Grinch leave a chunk of coal in you stocking this Christmas, and may the New Year bring you a sense of generosity that you are now sadly lacking." ...John Nance Garner   (Ornament by Ann Lihl)

However, what Jack has failed to note is that it is the corporate welfare in the way of subsidies, and the unfair tax code with all its loopholes that allow corporations to move their headquarters to other countries to avoid paying taxes, as well as the wealthiest 1% of the U.S. citizens not only taking advantage of the loopholes in the code, but also hiding their assets in foreign countries, that have helped to create such disparity in government spending. If they all would carry their share of the tax burden, the things such as "infrastructure, education, and basic scientific research" would have ample funds. And one must remember that the largest creditor of the U.S. government is Social Security! The seniors -- those 65 and older -- have contributed as much or more to the Social Security fund than any of the younger generations have had an opportunity to do.

No more tears for now. We are approaching the best holiday seasons of the year. And it is imperative to focus on the things we are thankful for. Stay tuned.